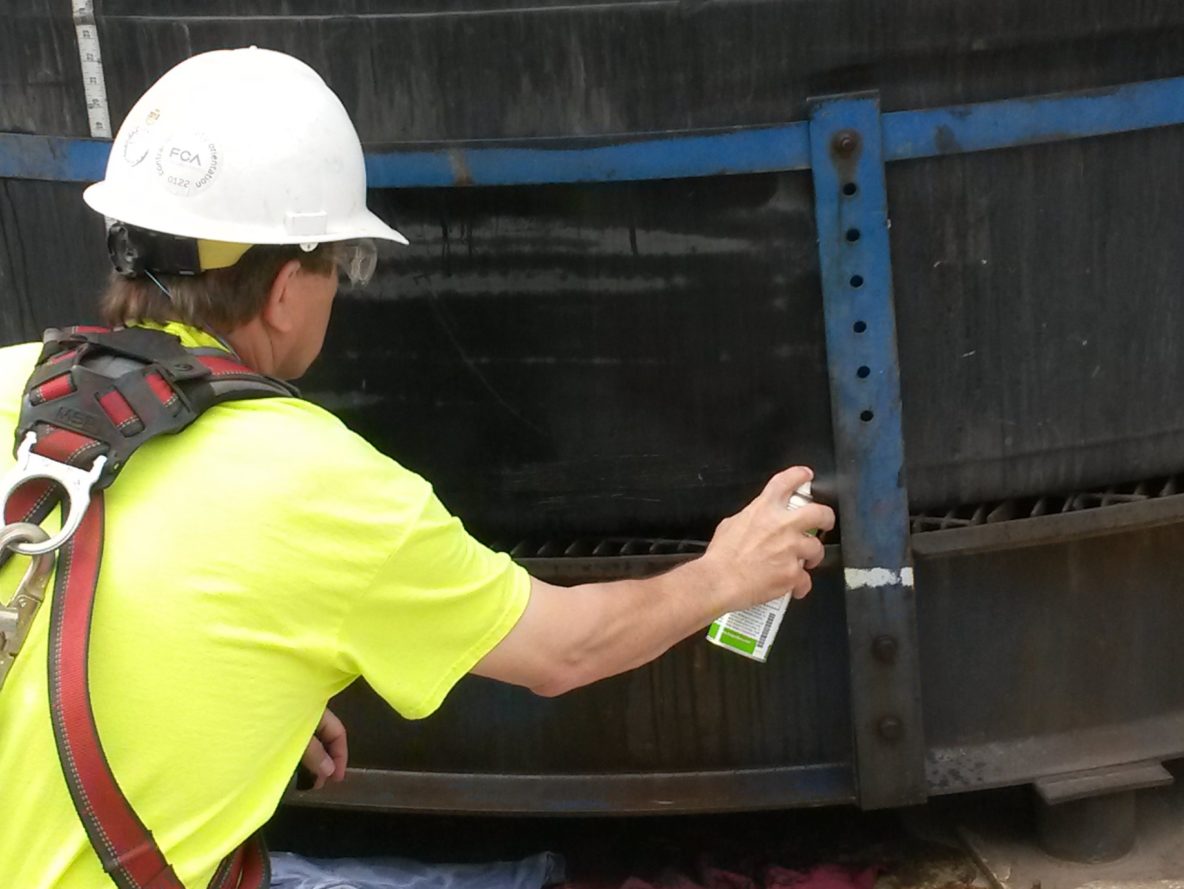 A hazardous waste management company in Indianapolis, Indiana, asked TSP for above-ground storage tank inspections on their hazardous waste tanks.  Their facility is regulated under the Resource Conservation and Recovery Act (RCRA), which requires routine inspection and certification of waste storage vessels.

The two largest tanks were fiberglass cone-bottom tanks, each with 20,000 gallons of capacity.  The scope of work consisted of a visual inspection to verify tank integrity and ultrasonic flaw detection to allow for UltraAnalytix™ analysis of the floor, shell, and roof.  TSP used ladders and platforms to thoroughly test all critical tank components and areas of concern, including an area where the exterior gel coat had been damaged resulting in exposed fibers.  The UltraAnalytix™ Mechanical Integrity Reports documented the remaining design strength of each tank, the condition of the interior corrosion barriers, and provided an estimate for the tanks’ remaining service lives.

Two intermediate size tanks were polyethylene vertical tanks with 2,000 gallon and 13,000 gallon capacities.  Visual tank inspection was performed on both tanks.  Where flaws in the exterior structure were identified, dye penetrant testing was performed to determine the extent of damage.  In addition, ultrasonic testing was performed using an Olympus Epoch 650 flaw detector in A-scan mode to test for flaws in the polyethylene matrix and to determine the thickness of the shell.

The three smallest tanks were polyethylene cone-bottom tanks, each with 600 to 1,500 gallons of capacity.  Visual tank inspection and ultrasonic testing were performed on each tank. The results of the visual observations, ultrasonic testing, and UltraAnalytix™ analysis were compiled into reports for each tank.  The reports documented the condition of the tanks, their appurtenances, and the secondary containment areas where the tanks are located.  Each report included a RCRA certification signed by a professional engineer documenting compliance with applicable environmental regulations.