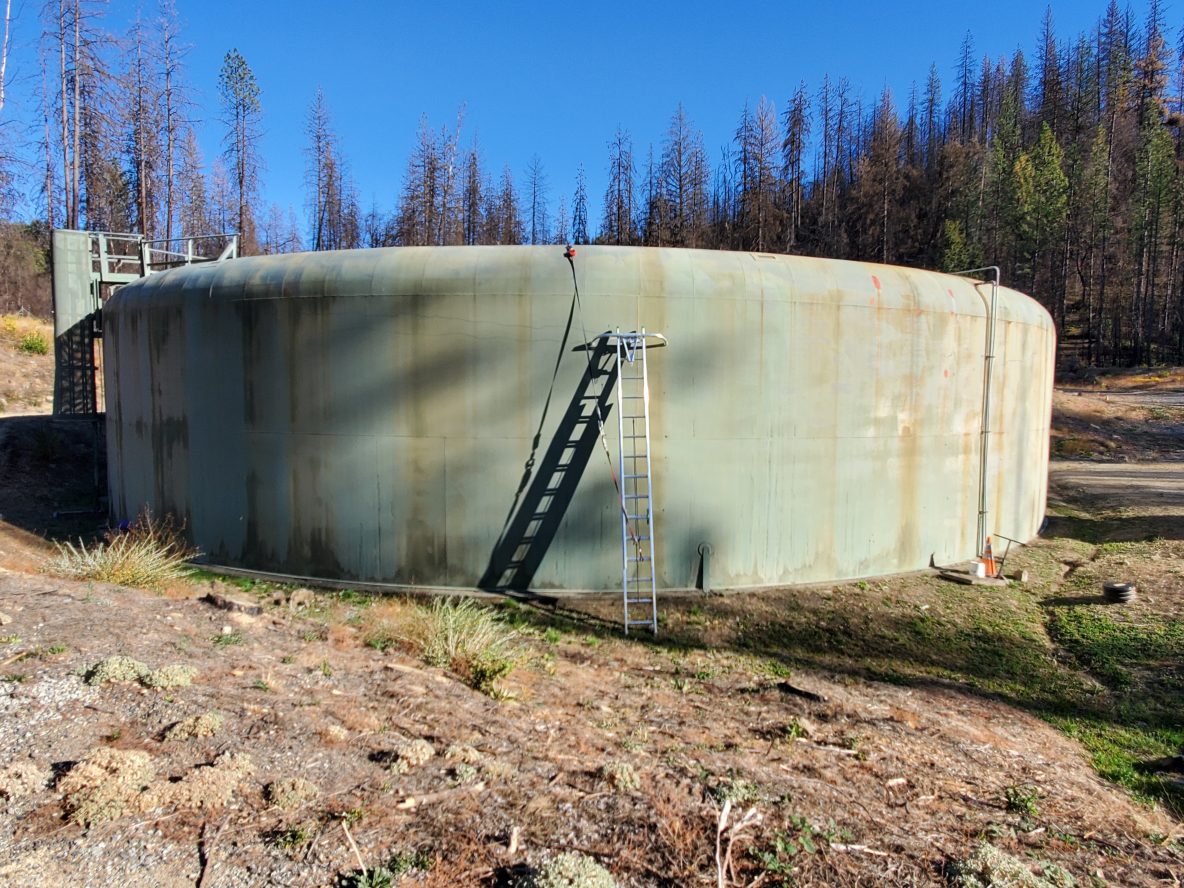 When the Carr Fire swept through northern California in 2018, the resulting damage affected nearly 230,000 acres of land.  The damaged area included the Whiskeytown National Recreation Area which is managed by the US National Park Service.  Within this area were two steel aboveground storage tanks, one at Brandy Creek and the other at Oak Bottom, which store post-treatment wastewater effluent prior to discharge and are designed as follows:

The National Park Service sought inspections of both tanks to ensure their suitability for service after potential fire damage.

TSP performed API-653 full external inspections on both tanks.  Work included detailed visual inspections of the tank exteriors.  Visual inspection focused on physical or corrosive damage to the tank as well as thermal damage.  Ultrasonic thickness testing was performed on the shells and roofs of both tanks to verify plate thicknesses.  Plumbness was measured at six points on each shell to check for thermal distortion.

Both tanks had general corrosion typical of wastewater tanks and exterior coating failures typical of tanks exposed to weather for more than 30 years.  Minor burn marks were identified on both tanks.  The only major damage to either tank was a gunshot which, at the time of the inspection, had received only a temporary repair.

After completing the field work, our inspector returned to Michigan to complete the official reports.  The final reports included details of all visual observations, UT data, plumbness, and settlement measurements; repair recommendations; and a cumulative assessment of the condition of both tanks.  In both cases, the inspector determined that the tanks were not structurally damaged by the Carr Fire.  The reports were provided to the client less than a week after the inspection.